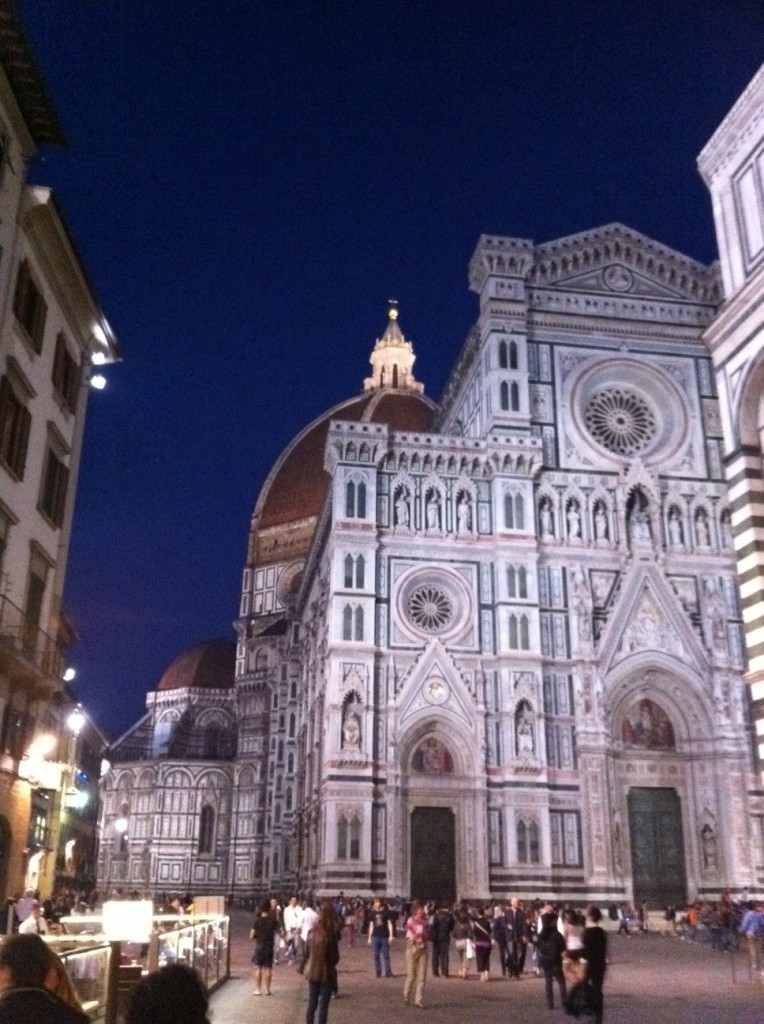 Something bothers me when viewing the magnificent churches of Europe.

I have great respect for the artistic and scientific talents of the architects and builders. I admire the painstaking work of the masters who created the paintings, statues, columns, sarcophaguses, murals, mosaics, cornices, tapestries and frescoes that seem to decorate every available space. The reverence of these ancient people is touching and I respect the expressions of faith that these churches and their art represent.

But it also feels at times too much. 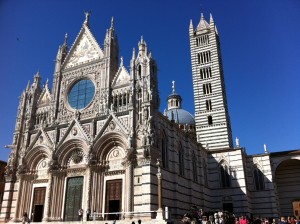 As my companion and I walked away from the glorious Duomo in Siena, Italy, we passed a group of English-speaking teen-agers getting their first glimpse as they rounded the corner. “How many, like, insanely beautiful churches can there be in one country?” a youth asked rhetorically of his peers.

Indeed, beautiful and plentiful. But on some level insane.

As a visitor to Italy centuries after the Renaissance artists, I am thankful for their contribution to art and beauty. That they elevated humanity is, to me, beyond question.

My father enjoyed painting. While his favorite subjects were sunsets and other landscapes that celebrated the beauty of creation, a few had religious themes. Some of his works hang (or did at one time) in the churches where he served as pastor or perhaps in some he visited. I grew up appreciating the talent and inspiration of the artist.

I’m grateful for the Medicis and other wealthy people who fostered an appreciation of art here. While I’m proud of Dad’s artwork, I recognize the difference between a hobby artist and a master. To become a master, one must work full-time for years. That requires support of wealthy people or wealthy institutions such as churches, either to buy the work or to sponsor it. 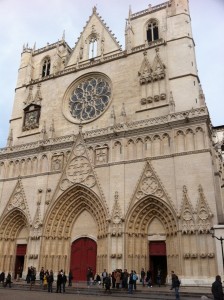 As I noted in an earlier post from this trip, I was in awe of the vision and execution that created the David. Sunday we saw the Pietà in St. Peter’s Basilica in the Vatican and marveled again at the beauty and the talent that created it.

Michelangelo’s genius did not grow from nothing. He and Leonardo da Vinci were the greatest artists of a culture that also produced masters such as Botticelli and Donatello (both of whose works we’ve seen on this trip) and lesser masters whose names I’ve already forgotten but who produced magnificent works we viewed in the museums, cathedrals and basilicas we’ve toured. Their work grew from the generosity of the Medicis and other patrons of the arts and from a culture that honored and elevated art.

It’s the cavernous cathedrals that strike me as too much. While I know they were built as tributes to God, I wonder how much they really are statements about the money and might of man. Wouldn’t the savior so often depicted in these statues and paintings have preferred that the church spend more of its wealth following his commandments, such as feeding and clothing the poor, and less building such grand palaces of worship?

I don’t wonder that in a condemning way. I know I don’t contribute enough to helping those less fortunate. And I’m certain the inspiration provided by religious art and architecture helps change lives and drives – directly or not – many of the countless acts of generosity by the faithful.

But as I admire the artistic gifts of the masters, I wonder if the popes and bishops who built these grand cathedrals weren’t glorifying themselves at least as much as the master they served. 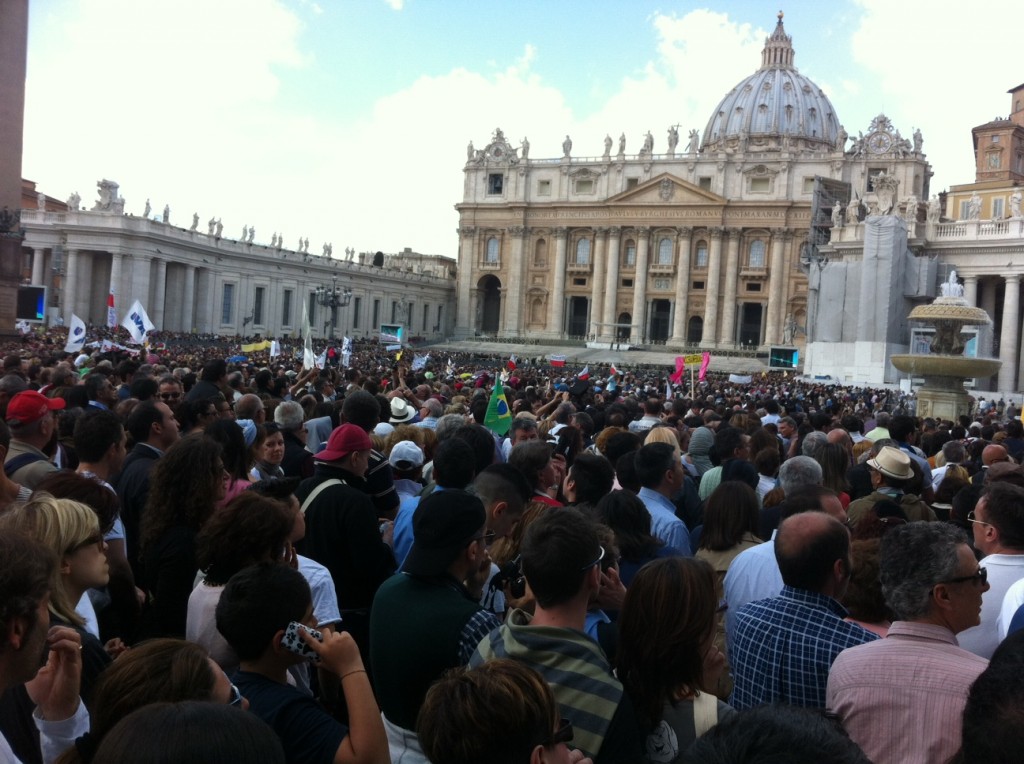 St. Peter’s Basilica in the Vatican

The guards around the David in the Accademia Gallery in Florence dissuade you quickly if you should raise a camera or cell phone in the presence of Michelangelo‘s marble statue.

We visited the Accademia Wednesday and the Uffizi Thursday, viewing hundreds of paintings and statues by masters from centuries ago. Beautiful as they were, each was flawed. Baby Jesus often had the face of an adolescent or at least a boy old enough to run and play. Some masters tried to cram a few too many symbols into a picture. Proportions were occasionally out of whack.

But the David was perfect. Larger than life, he commands your attention from the next gallery. The unfinished Michelangelo statues in that gallery are interesting, definitely worth a look after you’ve seen the David. But you can’t pause to look at them once Goliath’s slayer catches your eye. You just move through the hall, watching David as you move closer.

He certainly is as magnificent a piece of art as I have ever seen. How Michelangelo envisioned this massive figure from a hunk of marble, then brought him out of it, I simply cannot imagine.

My companion and I walked around him slowly, reading plaques and gazing at the flawless marble. Every vein and sinew was perfect. “Masterpiece” seems so inadequate to describe it. We browsed the rest of the gallery and found our way back. After him, everything else was just mildly interesting.

Really, they could let you snap away to your heart’s content. Photos do not — could not — do the David justice. The replica standing outside in a piazza a few blocks away doesn’t do it justice. There tourists snap photos like crazy.

But not at the real thing. Guards see to that. The David must be seen in person.