Perspective makes all the difference in the world. Look down through our window at the Castle Rock Country Inn on Cape Breton and you see a gray roof splattered with birdshit (the seagulls like the roof): 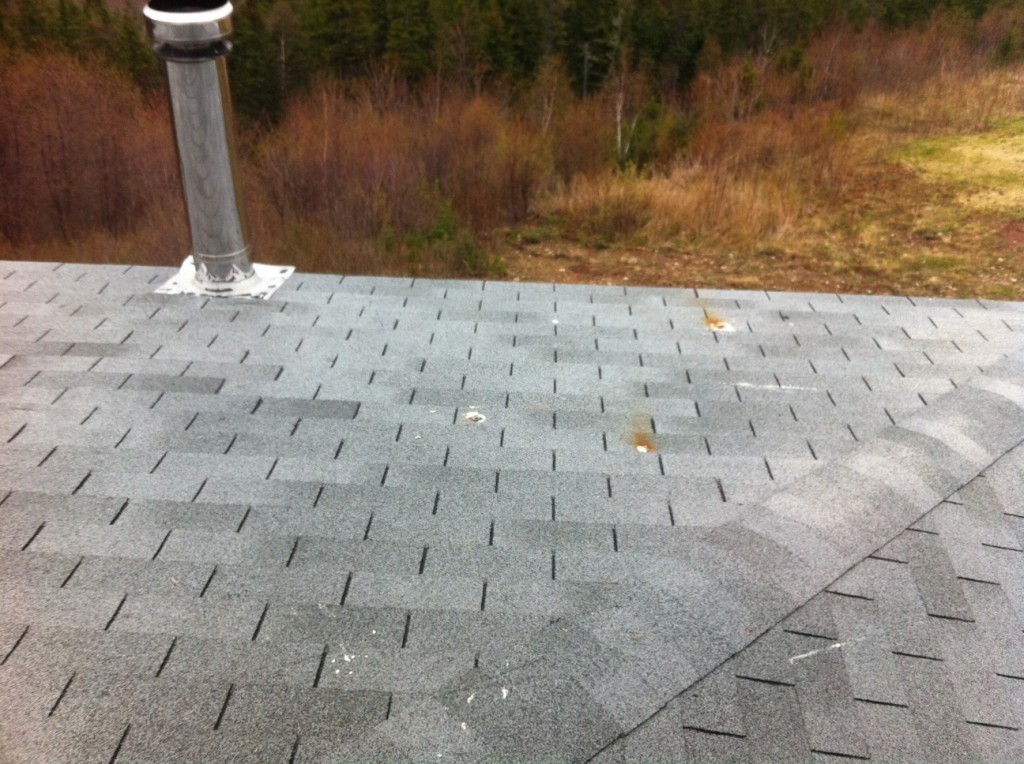 Look up and you see the glorious Atlantic Ocean and Middle Head Peninsula: 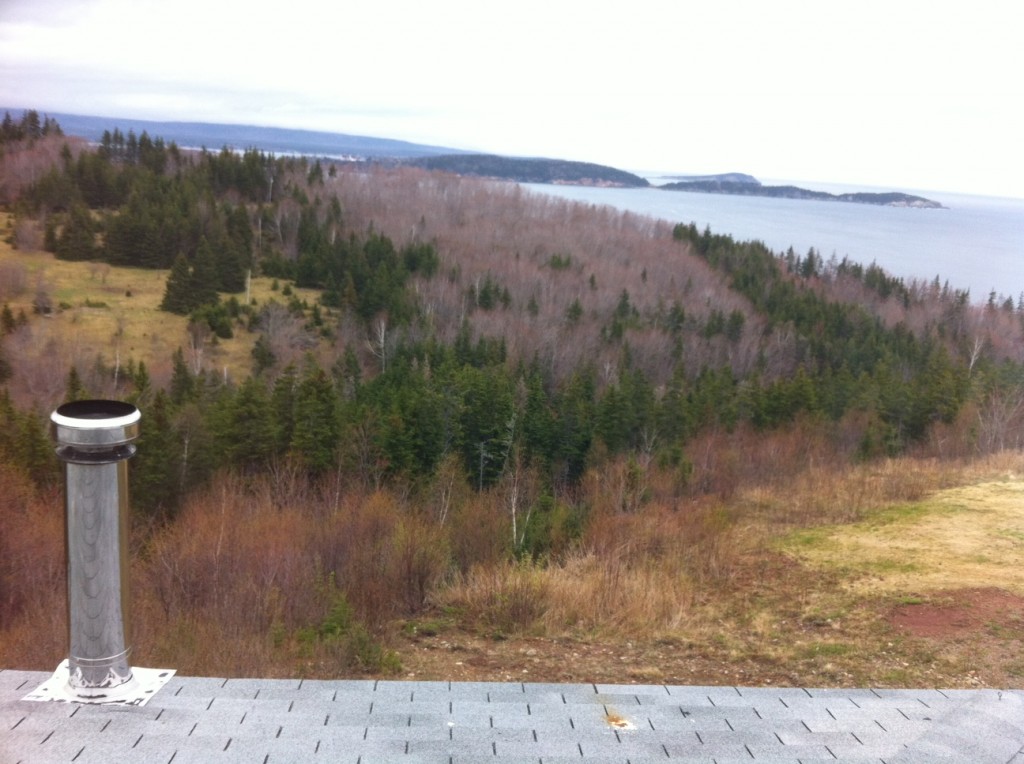 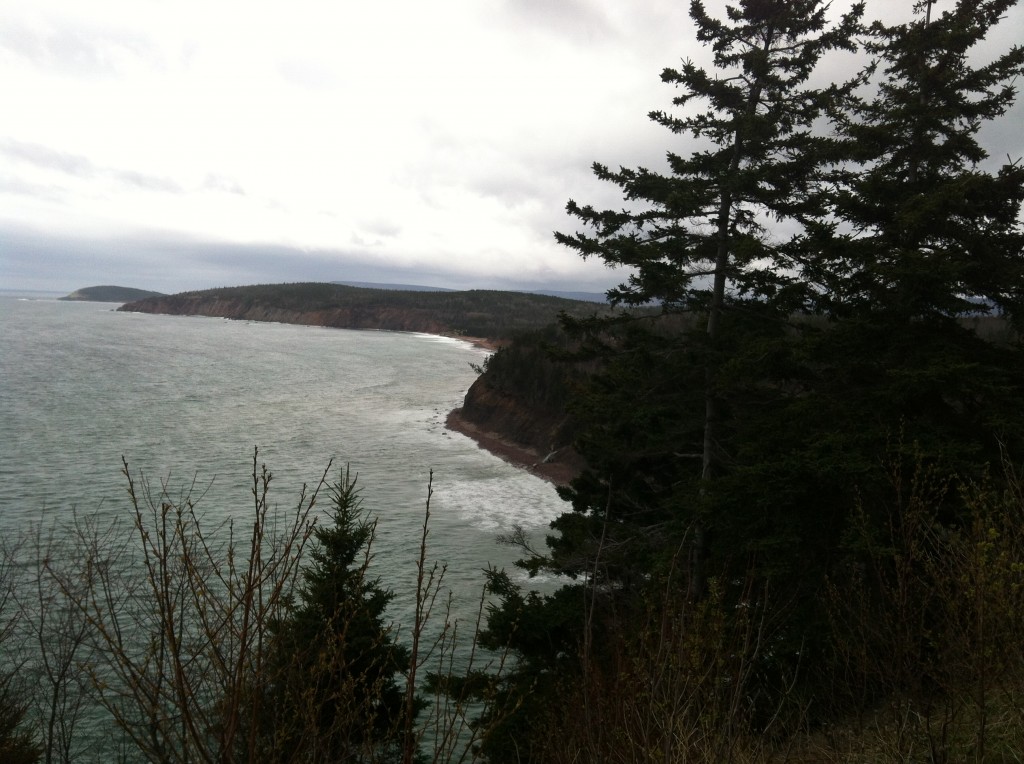 I was a kid when the song “You’re So Vain” was popular. In fact, I used to tease my then-boyfriend that he was so conceited, “you probably think this song is about you.” But for me the really exotic line, the one that fired my imagination was, “You flew your Learjet to Nova Scotia to see the total eclipse of the sun.” Growing up in landlocked farm country, I wondered if I’d ever make it there, and what it would be like if I did.

Well, we’ve been to Nova Scotia four times now, and, although I’ve yet to see a total eclipse of the sun, I am happy to report that with each trip I love it more. As you drive up the coast, the coves and bays are beautiful, with colorful fishing boats reflected in their calm waters. But make no mistake; the open North Atlantic is wild there. At every tourist spot you’ll find maps of “The Graveyard of the Atlantic,” off Sable Island and books with names like Andrea Gail, Mont-Blanc and, of course, Titanic, in the titles. But this May was the first time we headed north to the rocky shores of Cape Breton. END_OF_DOCUMENT_TOKEN_TO_BE_REPLACED 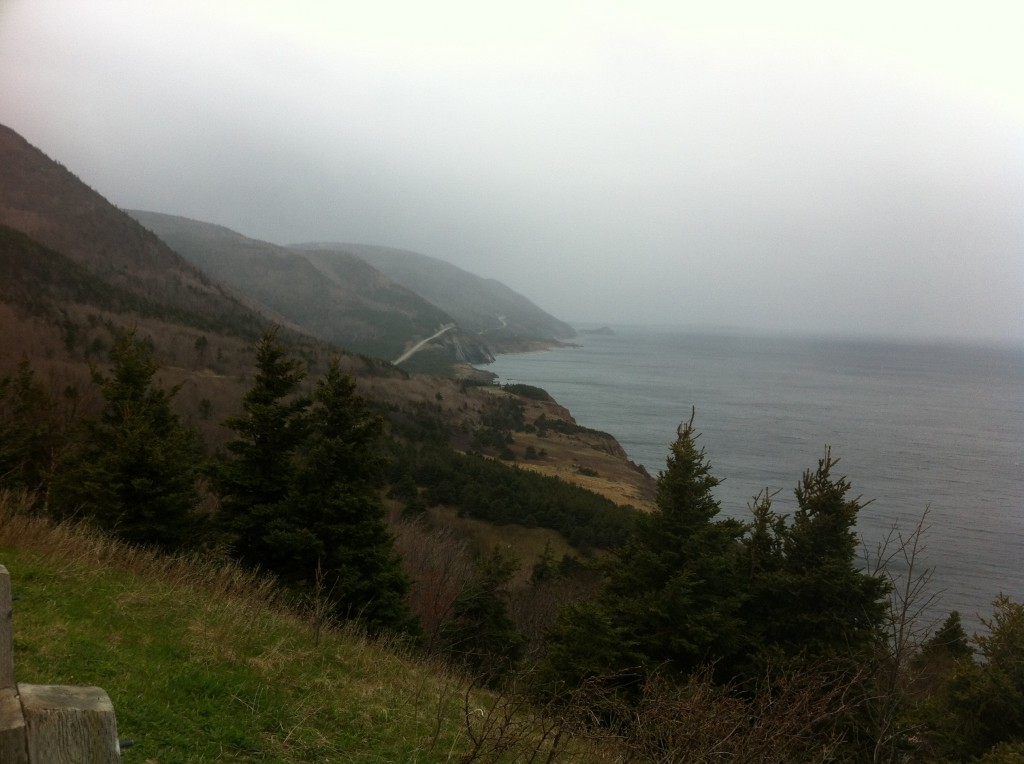 My traveling companion and I have fallen in love with remote places on islands on each Canadian coast that we’ve visited in the off-season.

To reach Tofino, on the Pacific coast of Vancouver Island, we have traveled by plane to Victoria, by ferry to Sidney, both about a six-hour drive from Tofino, and by ferry to Nanaimo, a four-hour drive. All three routes, you spend about two hours winding through the mountains on a narrow but spectacular old logging road. Piggybacking on my professional travel to British Columbia or Washington state, we have visited in January (twice, including our first visit), December, November, October and September. Our only summer visit, in August, was our only visit purely on personal travel, for our 30th wedding anniversary.

We’ve visited Nova Scotia four times now, but didn’t make it to Cape Breton on our first three visits. We had enjoyed the capital city of Halifax and the nearby Lighthouse Route on our earlier trips.

My companion loves the ocean and I love the mountains, and I knew Cape Breton would be a favorite (Canadians would say favourite) of both of ours. While we both enjoyed the Lighthouse Route on Nova Scotia’s southern shore, the Atlantic’s waves there were not as raucous as Pacific waves that enchanted her in Tofino. She’s an Iowa farm girl who can’t get enough of the ocean. I thought the eastern shore of Cape Breton might provide more crashing waves. Not to mention cliffs and mountain vistas. I spent five years growing up in Utah and fell in love with mountains and canyons. END_OF_DOCUMENT_TOKEN_TO_BE_REPLACED