This blog has been pretty quiet in 2015. We haven’t been able to do much traveling because of my yearlong (and successful!) treatment for lymphoma.

This is just our fifth post of the year. I posted on short trips in Louisiana to St. Francisville and Breaux Bridge (our first Louisiana swamp tour), plus one whimsical post on national parks we’ve visited, plus our annual holiday letter.

I’ll close out the year with a map showing where we could have gone (and a few that we did get to) in 2015, along with a little about each would-be or actual destination. My treatment is done, though. My recovery will take a few months, but we’re already starting to make 2016 travel plans. Can’t wait to tell you about them. We expect lots more travel in 2016. 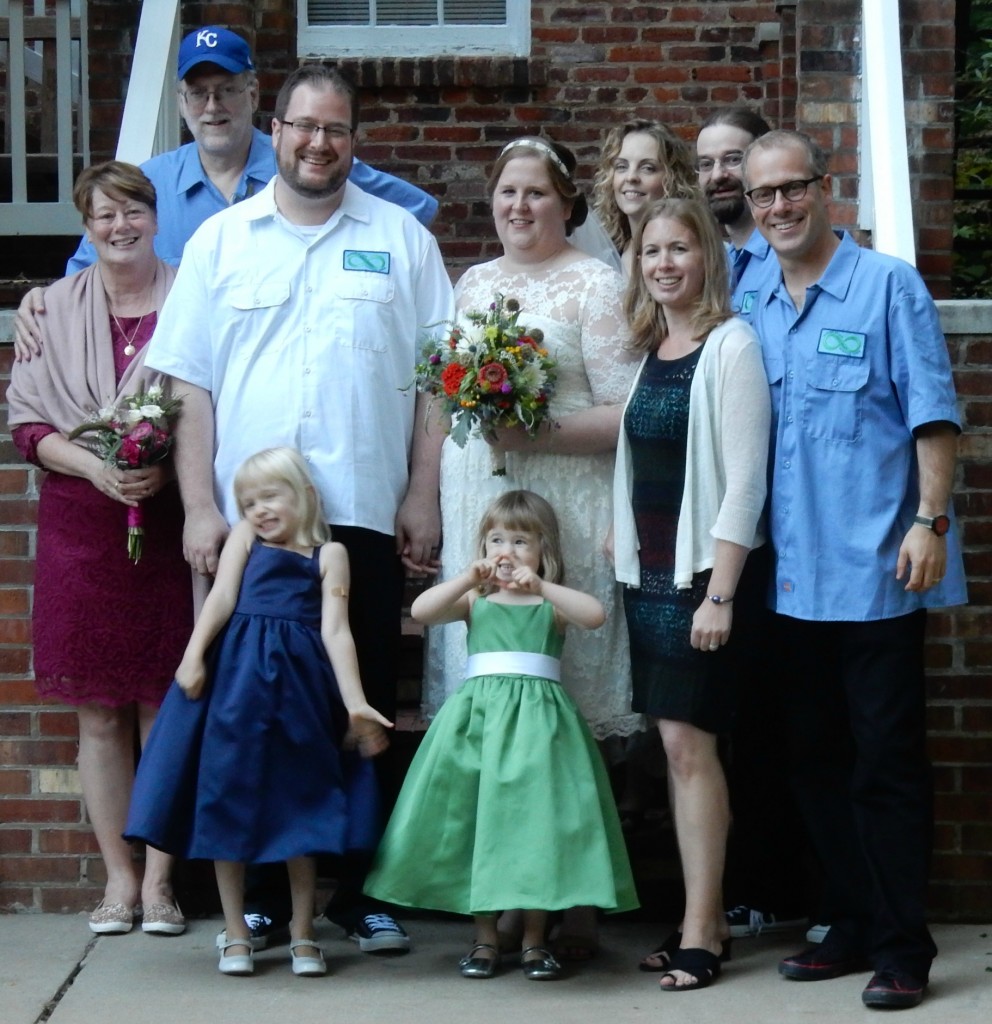 We had the whole family together for Ashley’s wedding.

I want to start our holiday letter with the highlight of the year: Mimi and I made it to Maryland in October for Tom and Ashley’s wedding. We’ll get eventually to the story that dominated the year, my lymphoma treatment (which is part of the wedding story anyway).

The wedding would have been a highlight of any year under any circumstances. It was a lovely day and a beautiful ceremony, presided over by Mary and Jim Head, Mimi’s sister and brother-in-law. All branches of both Mimi’s and my families were represented (30, including some boyfriends who accompanied nieces), and we just lapped up the time with them all before, during and after the wedding. Most important, we had our full family there: sons Mike, Joe and Tom, their wives Susie, Kim and Ashley, and granddaughters Julia and Madeline.

I also managed to work in a lovely lunch with some cherished Washington friends the day before the wedding.

Of course, the story that dominated the year also made the highlight more special. At one point, it looked as though my treatment for lymphoma could conflict with the wedding. Tom and Ashley discussed changing the date, but eventually stayed the course (at our urging). And the wedding actually came at a perfect time in my treatment. I was nearly full strength and not vulnerable to infections from flying (as I was for much of the year).

When I announced my diagnosis last December, I promised to dance at Tom and Ashley’s wedding, and I did. (Here’s hoping there’s no video.) I had saved a childhood treasure of Tom’s for more than 25 years, to give to his bride someday, and I’d worked all year on my toast. Delivering both, and seeing so many family there so full of joy, made 2015 a really special year. 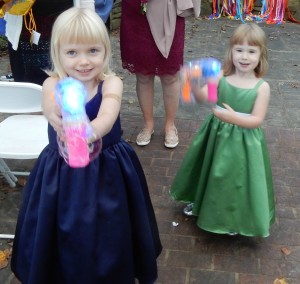 The wedding was very much a family project: Mike was the best man and Joe a groom’s man (each of our sons was the best man at a brother’s wedding). Joe and Kim set up spectacular lighting for the reception at Rockwood Manor. When planning the rehearsal dinner became a burden for Mimi at a tough time in my treatment, Mike, Susie, Kim and Joe just took it all over. They did a spectacular job (especially deciding to go with the tent, since we had a downpour during the dinner, on a lovely patio outside the Angler’s Inn). Julia and Madeline led the way down the aisle, shooting bubbles from guns. 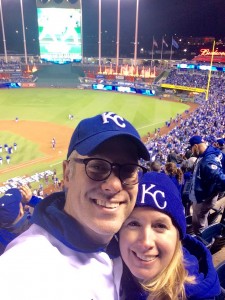 Mike and Susie at Kauffman Stadium for Game Two

I’ll get to the cancer, but one more highlight first: The Buttry boys, lifelong fans of the Kansas City Royals, and their Yankee-fan Dad (who also loves the Royals) celebrated a wonderful October that delivered the Royals’ first world championship in 30 years. You might recall that I took the boys to Game Two of last year’s World Series. Well, that wasn’t possible this year, because the World Series came during my second stem-cell harvest.

But Mike made it to Game Two in Kansas City, Tom made it to Game Four in New York and all four of us texted like crazy through all five games and beyond. It was a wonderful culmination of many nights spent at the ballpark in Kansas City with one or all three of my sons. For many years, it seemed as though making them Royals fans might have been some form of child abuse. (In my defense, I tried to make them Yankee fans, but they fell in love with the team they were watching on the field, not the team Dad was prattling on about between innings.) But this year’s joy was worth the wait.

So let’s deal with the cancer. Treatment has been grueling: Six rounds of chemotherapy, each involving five days in the hospital followed by several days feeling like crap. Low platelet counts, caused by the previous round’s treatment, delayed at least a couple of treatments. Two infections (chemo damaged my immune system) caused further delays, one of them during the final round of chemo and one causing a nine-day hospitalization and later an outpatient surgery.

Treatment is concluding with a stem-cell transplant, which started Dec. 1 with high-dose chemotherapy to kill what was left of my bone marrow. Then I received my stem cells back and after a couple weeks of bedridden misery, I started my recovery. My white cells are almost back to normal, but my platelets have dropped the last two days. So I’m still in the hospital on Christmas Eve. I may get out sometime this weekend.

The stem-cell transplant was originally supposed to happen in June. Dec. 1 was my sixth scheduled start date. In between I had two stem-cell harvests (each a week of full-day outpatient treatment) and a brain surgery (because of my low platelets, a bump on the head caused a brain bleed that needed to be drained in August).

If that all sounds pretty awful, it has been. But even lymphoma treatment turned out in many ways to be a wonderful experience:

We had some other memorable developments this year:

We don’t have quite as many friends visiting as when we were in Washington, but Baton Rouge is still a good place to visit or to catch others passing through. In addition to all the siblings who visited, we enjoyed many other visits during the year:

If you’re crossing the country on Interstate 10, visiting New Orleans or Baton Rouge or just coming to see us, we’d love to see you in 2016. Our Sasanqua home has a nice guest room (and a den with a pullout couch).

We wish you happiness in whatever holidays you celebrate and look forward to crossing paths in 2016.