This weekend brings us to Gettysburg, PA. My companion is speaking to the Pennsylvania Press Conference tomorrow.

We got an early start, dropping Duffy de Dog at his dog resort in the morning so we could make it to Gettysburg in time for a tour of the Eisenhower Farm with the group in the afternoon.

There was just enough time to get settled before we headed down to the hotel lobby to connect with the others in the group taking the tour. My companion gamely volunteered to drive three others in our small car to the farm — probably a cruel twist of fate for those who jammed into our backseat. Or, at least a frustrating one.

We were given printed directions, but my companion shrugged them off and programmed the address into the GPS. Sadly, the GPS lady routed us through downtown Gettysburg, rather than the freeway the others took. We crawled through long lights, lines of school buses and left turns with no arrows. When we finally made it out into the country, GPS woman declared, “Destination,” with nothing resembling the well-known farmhouse in sight. Salvation came in the form of one of the event organizers calling an editor in our backseat, and she kindly talked my companion in. We arrived in the pouring rain.

But it was worth every bit of the trouble. You have to love a park ranger/guide who loves his work, and John Joyce clearly loves his. Organizers asked him to focus on leadership, and his orientation talk revealed his great admiration for Ike as a general, a president and a man. John’s deep knowledge of the home, outbuildings and grounds was insightful and interesting, and he sprinkled in a few delightful personal stories about the Eisenhowers as well.

The countryside in this area is very pretty, and it’s easy to see why the Eisenhowers loved it, but the specter of the great Civil War battle is a little too vivid for me. Regimental markers and battleground sign posts run along the farm’s eastern edge, visual reminders that the pastoral setting is also ground soaked with blood, With tonight’s storms, I can too easily imagine the restless spirits that must linger here. But somehow it seems fitting that an old soldier was able to live peacefully among them.

It was the interior of the house that really captivated me. John the Guide told us that well over 90 percent of the furnishings belonged to the Eisenhowers, and they provided a remarkable view into the President’s and First Lady’s personalities. The living room was formal, proper and a little stuffy, an opinion, according to John the Guide, with which Ike concurred. But it was interesting to see the family photos fanned across the piano. There were also a great number of photos in the couple’s bedroom upstairs, and that touched me. My own little condo is crowded with pictures of family — so many I’m sometimes embarrassed by the cluttered effect. So it was something I understood, that need, when family is far-flung or long-gone, to hold dear ones near with images of their sweet faces. 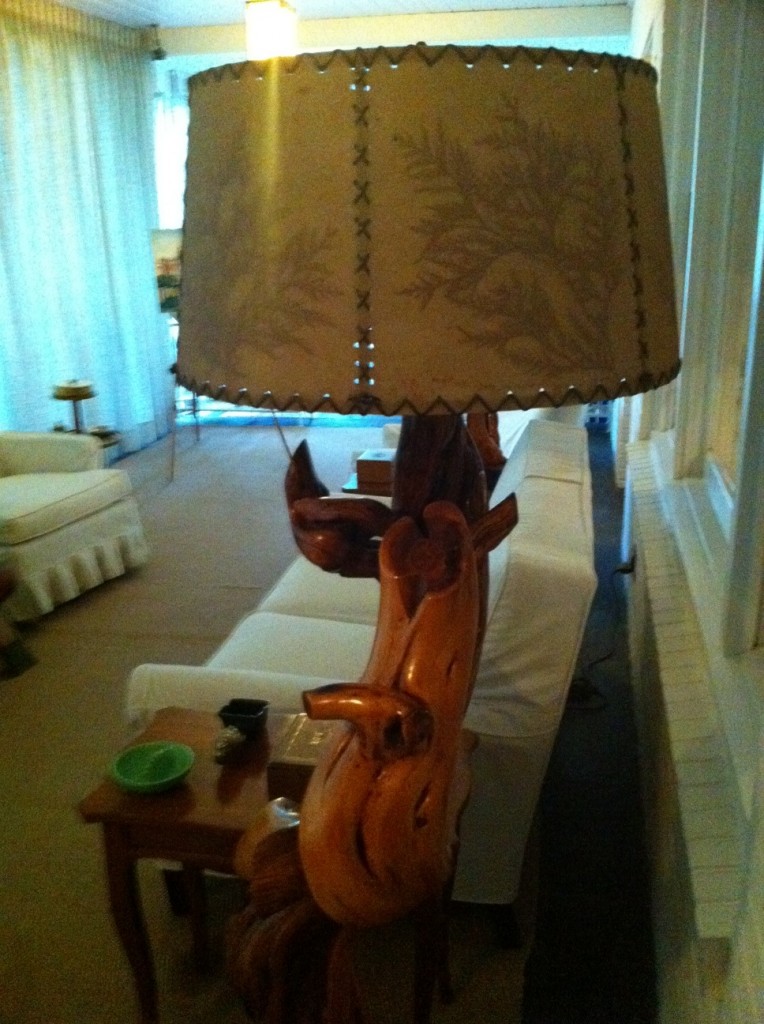 And I was quite taken with Mamie‘s curio cabinet, in the front entryway of the home. Among the fine porcelain, the Hummel figurines, and gifts from foreign dignitaries, there were plastic presidential figures from cereal boxes and even an Eisenhower collector’s plate from a Stuckey’s that used to sit down the road. Her lamps in the sunroom are also curious, made of polished tree limbs and just the kind of oddity I find nearly irresistible. She must have been a woman of humor with a great sense of whimsy. And there are few qualities I find more engaging.

The President’s art work hangs on the walls, amateurish, but with enough simple talent that you can see it as the satisfying hobby it was. It’s clear from the master bedroom that Mamie’s favorite color was pink. I had to smile at the thought of a khaki-in-the-blood general settling into such an extremely feminine room each night. There was so much in the house that reminded me of my grandparents’ homes, and my parents’. The Park Service has done a good job of maintaining a home that lets us see the Eisenhowers as real people, long married, happy with sturdy, simple things at the end of an eventful, well-used life.

And really, isn’t that the most satisfying kind of insight into a man who once skillfully wielded so much power? To have the chance to see him as a person who preferred the sunroom to the formal sitting room and understand he liked his office small, neat and plain? His cars are still in the garage. There are pictures of him grinning with his grandkids all piled in a golf cart.

For me, today President Eisenhower went from being a vague impression of a general turned political leader to real person. Yes, I think I would have liked Ike. 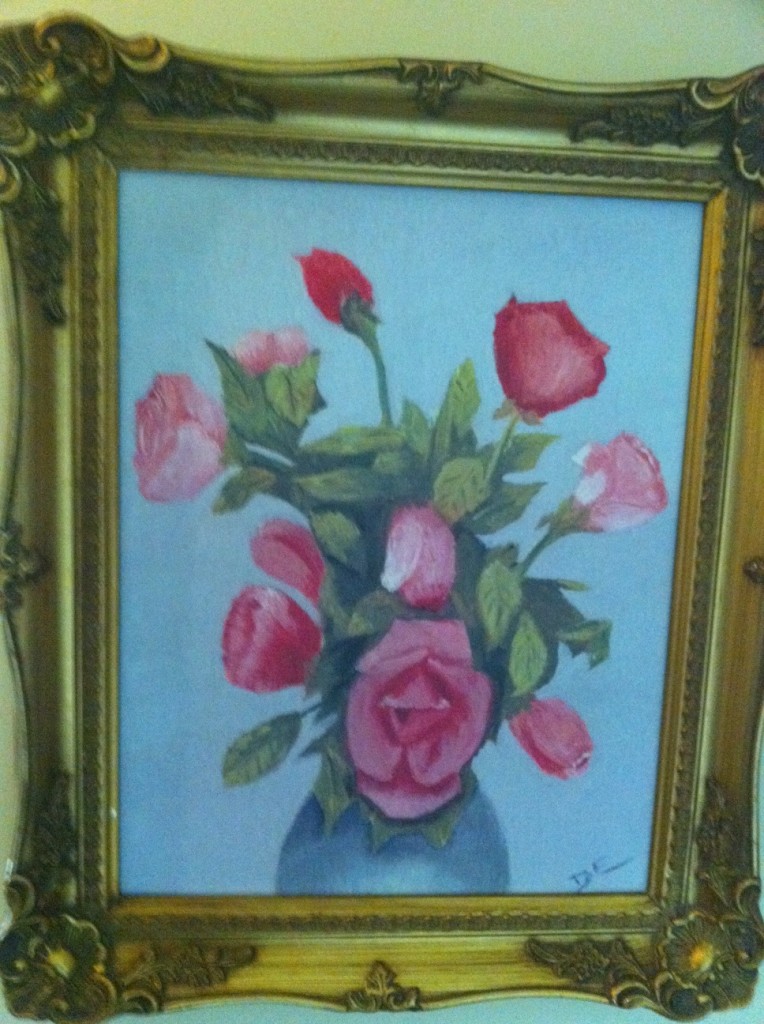 4 thoughts on “The Eisenhower farm: a window to Ike’s and Mamie’s personalities”