I have a suggestion for today’s politicians: Tour the retirement home of Dwight D. Eisenhower in Gettysburg, Pa. And ask for Park Ranger John Joyce to be your tour guide.

Ike’s leadership would be an example to leaders of both parties. In a time of extremism and conflict (remember McCarthyism?), he was a calming, unifying influence. He was a Republican who didn’t diminish or shrink from using government properly: to build our national infrastructure (the Interstate highway system) and to uphold civil rights. He knew how to end a war. He placed country above party. He thought big, but not about himself.

On a rainy afternoon, Joyce provided insights into Ike’s leadership style to a tour group of Pennsylvania editors visiting the Eisenhower National Historic Site outside Gettysburg. His guiding leadership principles, according to Joyce, author of the Ike Blog:

He was a strong leader but a humble man. Joyce told how often soldiers who served under Ike spoke of their admiration and devotion to him, and how genuine and warm he was. One recalled the sight of Ike and de Gaulle together at the liberation of Paris. The French leader’s chest was covered with medals and Eisenhower’s uniform sported a single ribbon.

I’ve toured the Gettysburg battlefield four times and will again tomorrow. But this was my first visit to the Eisenhower home. I’m glad I finally made it. We could use more leaders like him. 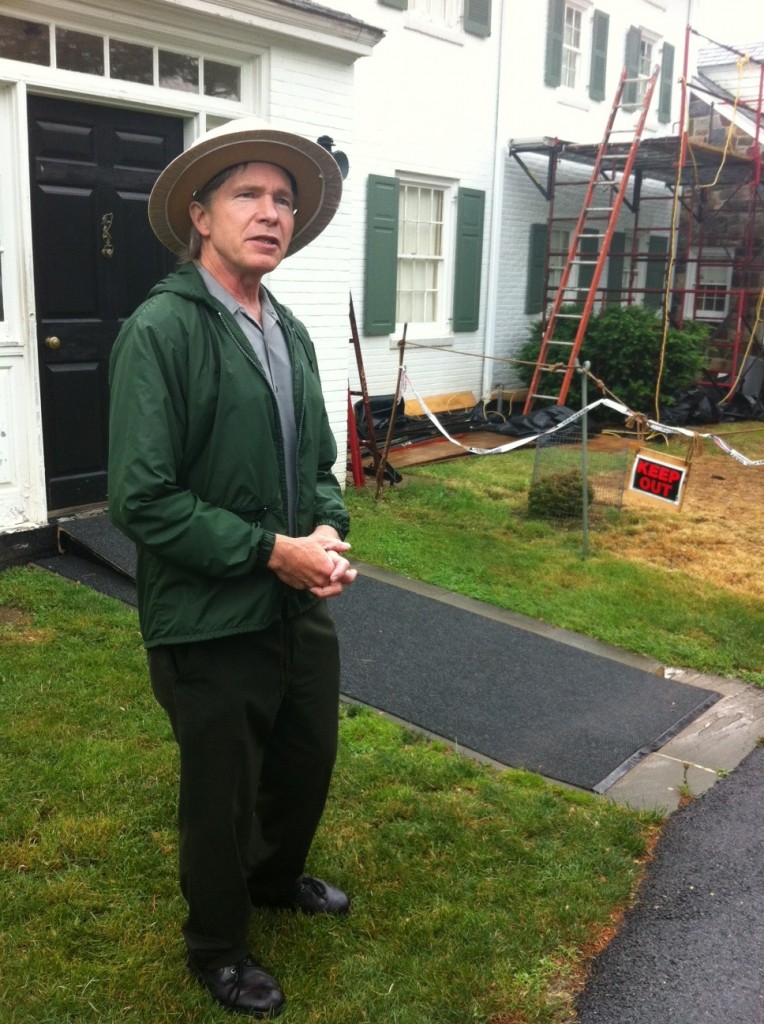