This is a guest post by Joe Buttry, Steve and Mimi’s middle son. At Mimi’s invitation, he and his wife, Kim, are sharing a “2 Roads Diverged” view of their on-going trip: 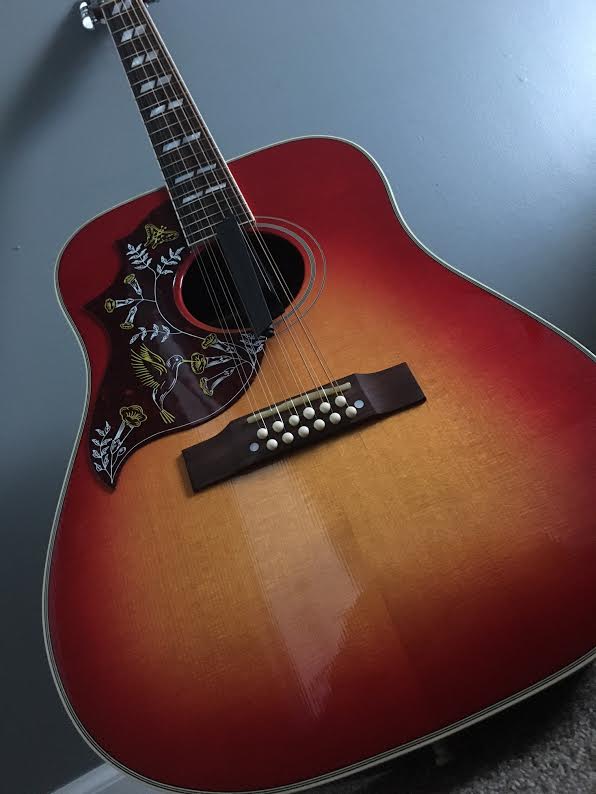 I probably wouldn’t have turned my wife’s SUV into a camper and driven five thousand miles with my dogs if FEDex hadn’t broken my guitar.

Sure, taking a turn as a guest blogger is a good way to honor my late father who died seven weeks ago from pancreatic cancer. But I could have found a way to do that without googling “Walmart overnight parking”. (Many allow it.) And my brothers and I are already planning a trip to a Royals game. Every time any of us watch a game we will think of the time we spent at games with our Dad. (It is unclear if we will be sleeping in our cars.) I could have (and still may) gone with the memorial tattoo. Some little symbol that holds a meaning that few would understand. I could throw myself into religion, or drugs, or therapy, or working out. But none of those sound that appealing, and they don’t solve the problem of my guitar.

Oh, the guitar. It’s a long story. And here it is. I play left-handed guitar. It stems from a deep seeded desire to be a little bit different. It was a horrible decision. Left-handed guitars are hard to find. There is, however, a store in Houston that sells nothing but leftys. It’s a thing in the left-handed guitarist community. Last October my wife and I went to Austin for Halloween with some friends, but we decided to move our departure from Las Vegas ahead a few days and surprise my Dad for his birthday. We then drove from Baton Rouge to Austin through Houston, stopping at Southpaw Guitars. And I bought a guitar. It is a nicer guitar than a musician of my talent deserves. Jim Duncan, who started the shop in 1980, told me he could ship it to me and even waited until I got home from Austin to do so. About a week after my return, I got the package, immediately unboxed it and strummed a chord. And something was wrong. I had never really heard an acoustic guitar do what this one was doing. I flipped it over and discovered that perpendicular to the neck, just below the headstock was a crack. Not a hairline, “probably nothing” crack. It was a “is this guitar just pretty firewood” crack. Just to underscore the point, the crack ran right through the Gibson Custom Shop logo as if to say “well, it was a custom shop instrument …..”
I called up Jim, sent him pictures and he had it shipped back immediately. (For what it’s worth, anyone looking to buy a lefty guitar should do it from Jim at Southpaw Guitars.) His in-house guitar tech fixed it (no small feat), even hand painting the spots in the custom shop logo. The only problem left to solve was that neither of us felt safe shipping it. It languished in the shop for several months.
I ended up driving from Baton Rouge to pick it up almost a week after Dad died. It had been an intense week and I felt like some time alone in a car would do me good. So I drove from Baton Rouge to Houston and back in a single day. The next problem was getting the guitar from Louisiana to my home in Las Vegas.
Which brings us back to how we made the decision to turn my wife’s car into a camper, which is without a doubt the weirdest of my life. We had planned to spend a significant portion of our time (think months) in Baton Rouge to support my Mom and Dad. But one thing that anyone who has dealt closely with cancer can tell you is that cancer does not give a shit about your plans. So, when Dad’s death came sooner than we had steeled ourselves for, we were left with choice. We could either try to return to life as normal or we could take that time and do something with it.
A quick side note: “Life as Normal” for us is not actually normal at all. We both work freelance which means we work in brief sprints that send our life into upheaval followed by periods of relative calm. We already had sprints planned that would make space in our lives for a long stretch of calm. We each had gigs that we had committed to back in Las Vegas (Kim’s much larger and draining than mine) before anything could commence. And they gave us time to figure out what that “anything” would be.
The other big thing we had to consider were actually two small things; Leeroy and Harry. Leeroy and Harry are two Yorkshire terriers (Harry weighing in at 8lbs, Leeroy tipping the scales at a robust 10lbs) who dominate entirely too much of our lives. They both can be a handful. They both have their issues. We could not, in good conscience, foist these issues onto a friend who offered to watch them. And the vet charging us a fortune to board them is a different problem. When we travel we can end up spending a lot on boarding dogs (for which they never seem grateful). The original “move to Baton Rouge for a while” plan included the caveat that we would have to bring the dogs with us. So, for a new plan to work financially, the “anything” would have to include the 2 dogs.
The clear answer was an RV. We could rent one and it would have everything we needed. We would have all of the space for all of the guitars and yorkies that one could dream of. I even found a large van that was outfitted as a small RV. It was perfect. At least it was before we learned that they charge more for mileage than they do to rent the vehicle. We looked at the budget we had set and it became clear that we would have to come up with another plan. Kim’s internet research had already revealed an option that I immediately shot down. YouTube is full of videos of people showing off their #hotelements. (Yes, her solution was an effing pun.) Turn her Honda Element into a hotel. Hotelement.
Yet it seemed that the only feasible option. It was decided. We would get an Instagram, buy a bunch of plywood and turn my wife’s 2009 Honda Element into a rolling pun/camper for the two of us. And our dogs. And a guitar. For a month.