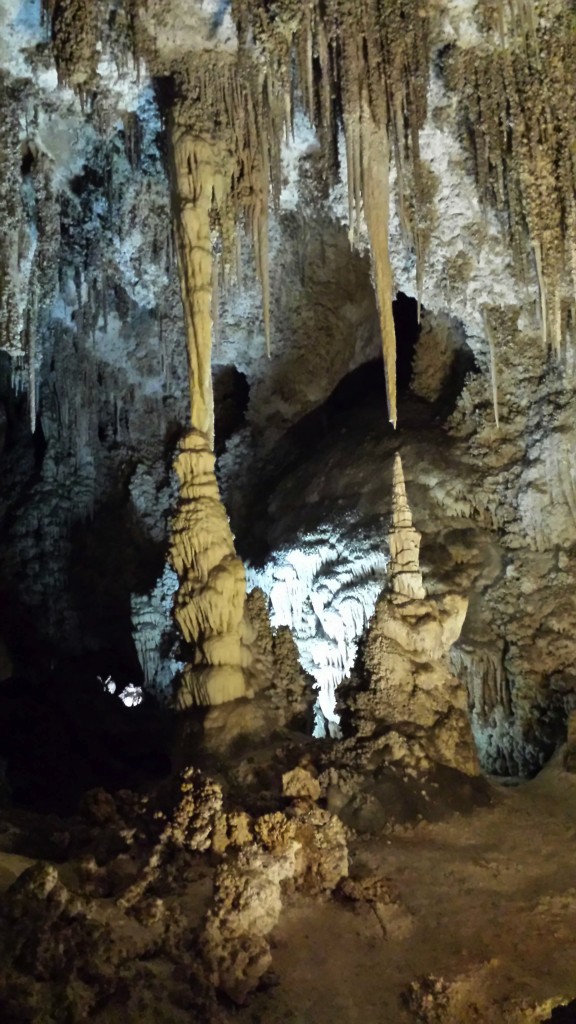 This stalactite and stalagmite have nearly become one of the columns in Carlsbad Caverns.

“Photos don’t do it justice,” the elevator operator warned as we descended into Carlsbad Caverns.

OK, she was right. But I had to try. And I’m posting them here anyway. Because I’ve always loved a cave. And this was the coolest cave I’ve ever explored.

Well, “explored” might be an exaggeration. My companion and I walked the tourist walkways through the “Big Room” of the caverns earlier this month. But people are still exploring these caves. We were excited to see a rope descending from Halloween Hall, the new room that National Park Service workers had discovered on Halloween night.

The structures on the floor of the cave were too varied in shape and size to simply call them stalagmites. The stalactites reaching down from the ceiling were not as massive (gravity would have seen to that), but stunning in their beauty and variety as well. We toured the “Big Room” of the cave, the easiest course through the cave.

The little boy that still lurks inside this old man wanted to explore every nook and tunnel that wound back beyond the lights at seemingly every turn. We settled for wandering with our eyes. But Carlsbad is a feast for the eyes, even if the camera doesn’t do it justice. 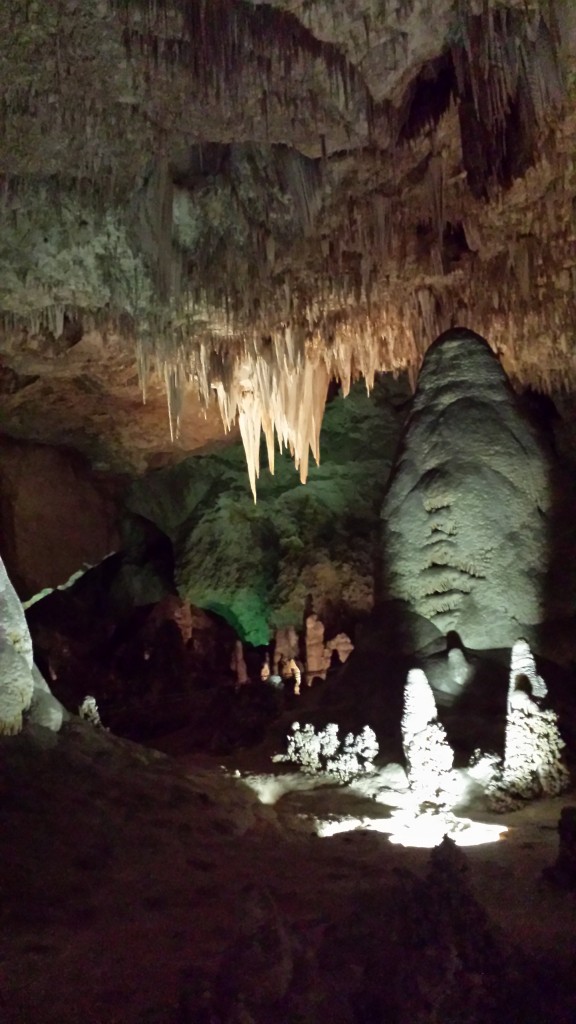 A picture just can’t capture how big and spectacular the Big Room at Carlsbad Caverns is.

The little boy in me wanted to get off the visitor walkway and crawl back into that red room. 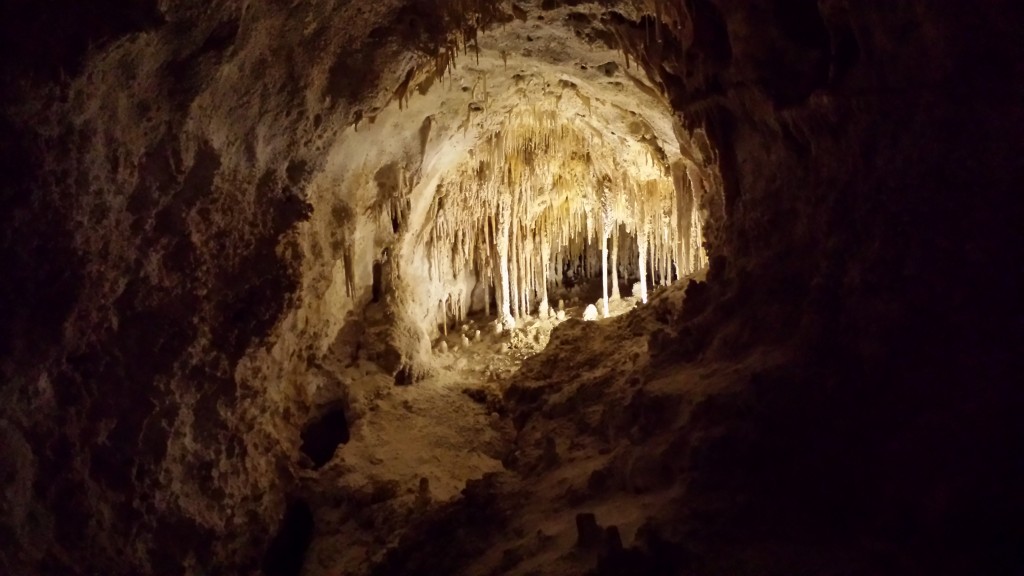 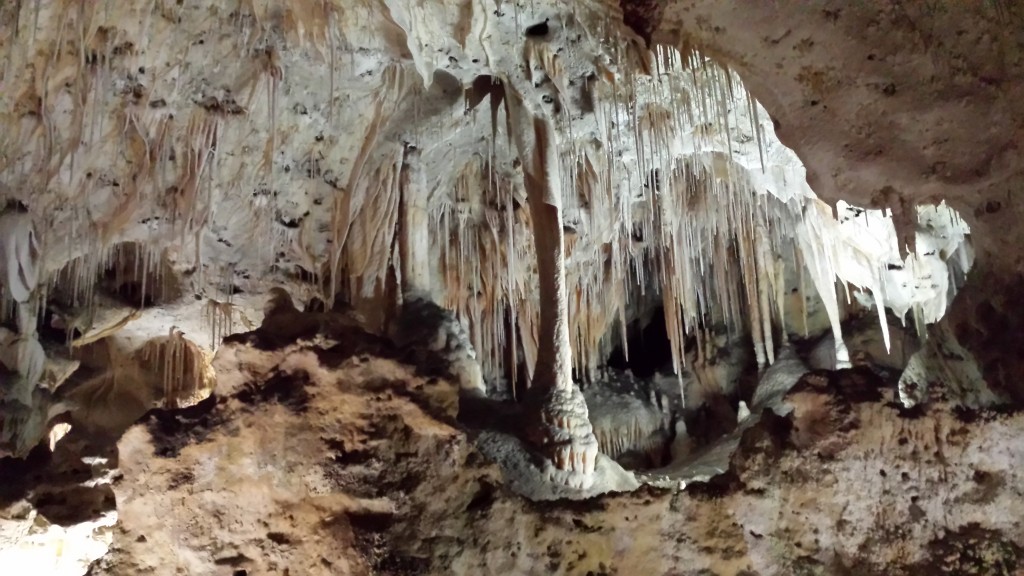 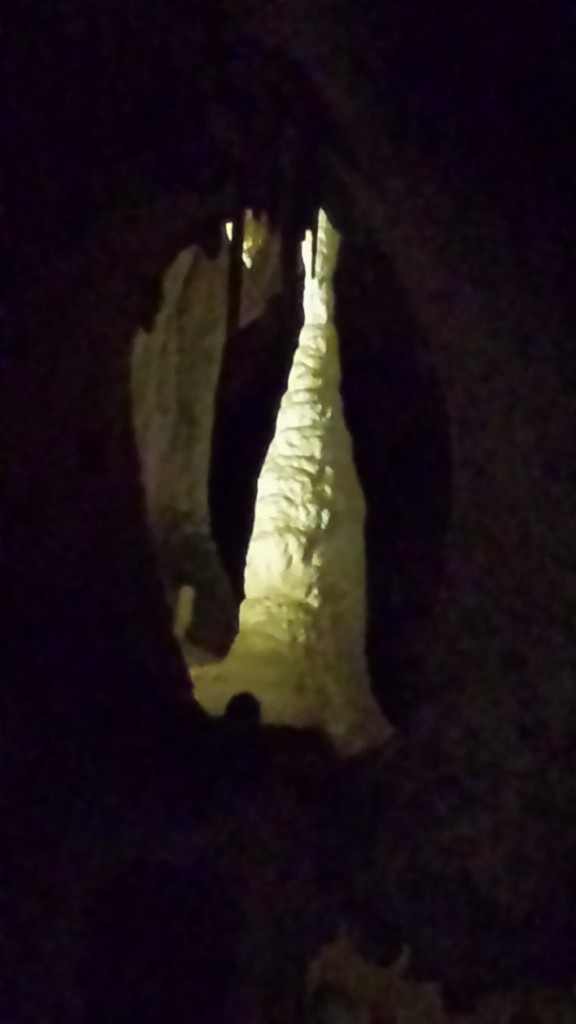 That’s quite a stalagmite.

Why do they call this place the Hall of the Giants? 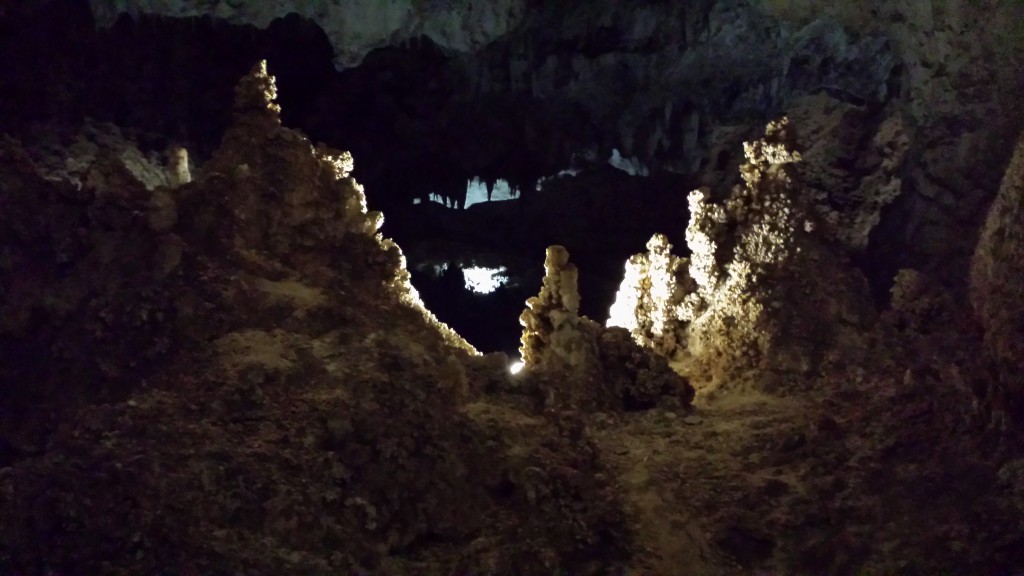 At every turn, nooks and rooms beckon the cave explorer. 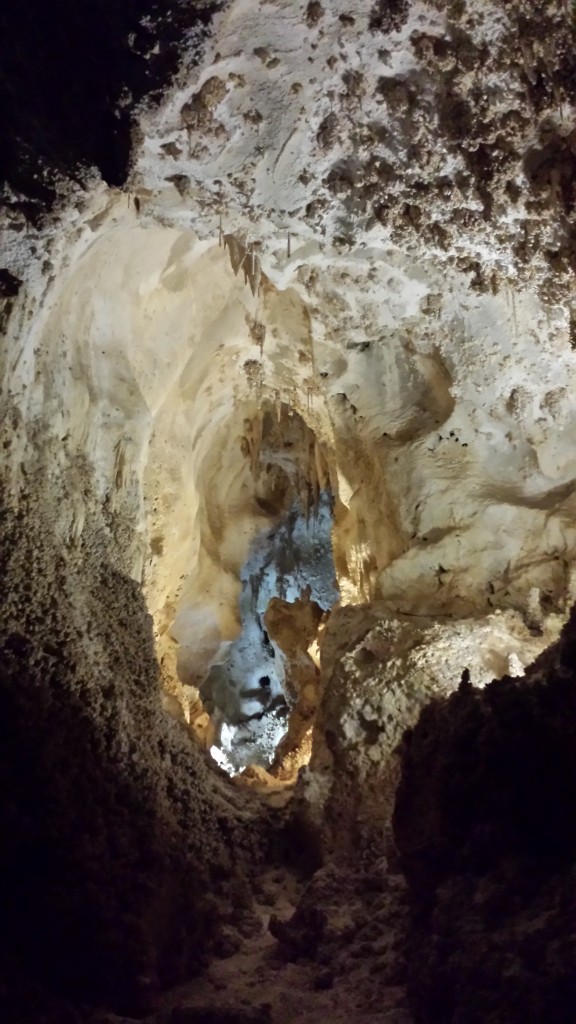 One of the many tunnels I didn’t explore. 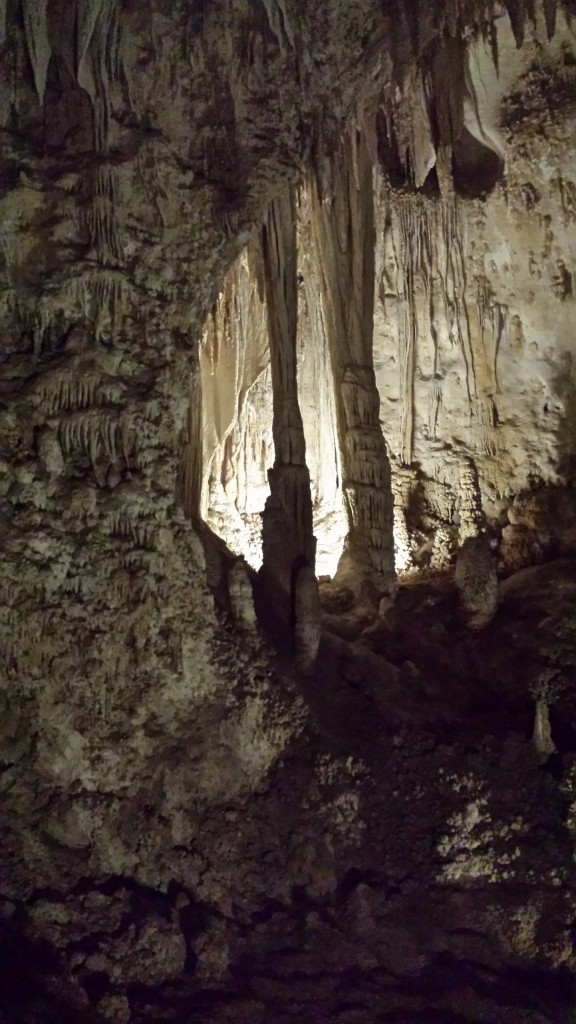 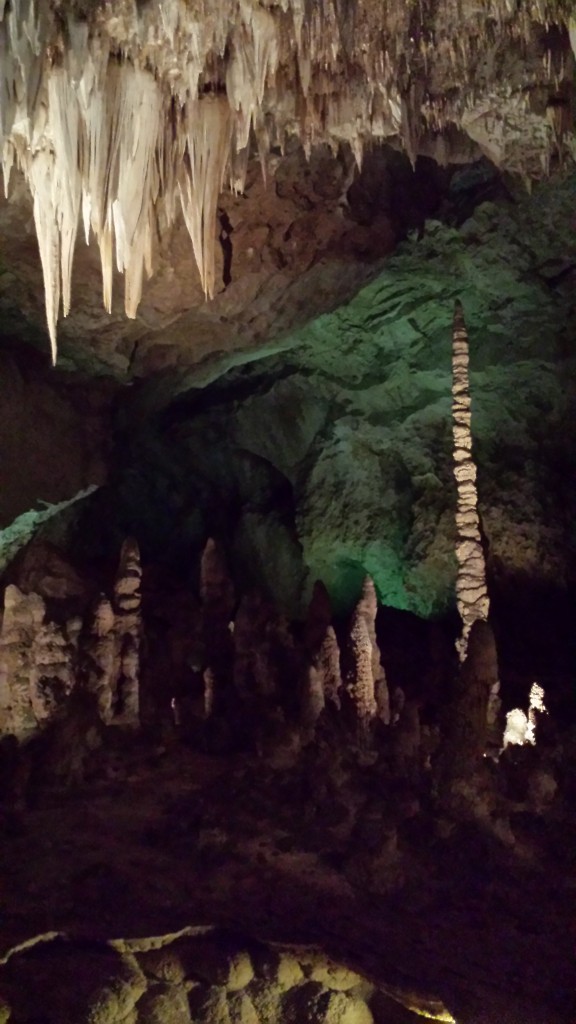 A chandelier and a column in the Big Room. 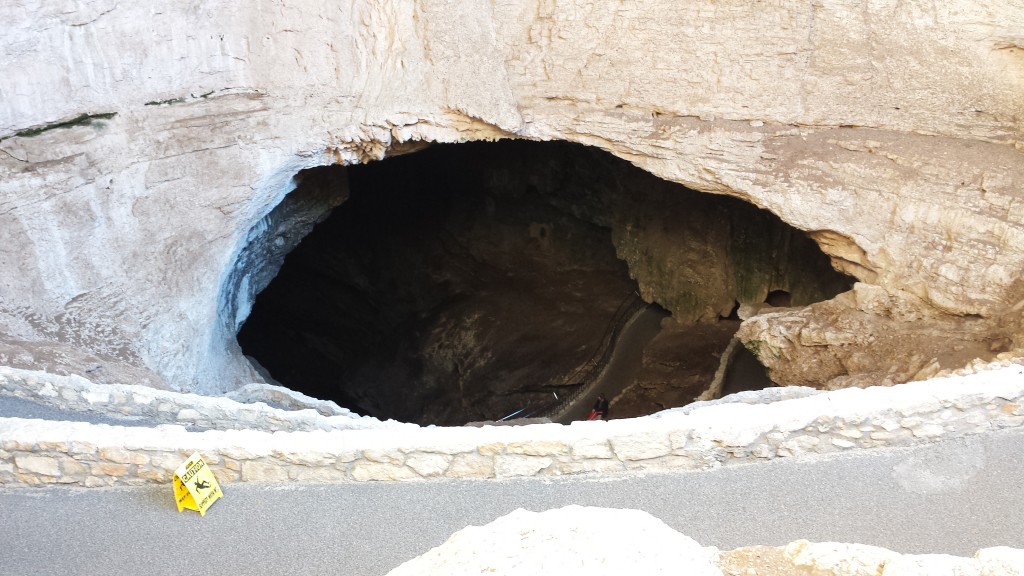 We arrived a couple weeks too late to catch the bats, which had migrated south. For about half the year, crowds gather near the cave’s natural entrance at dusk to see thousands of bats fly out of the cave. 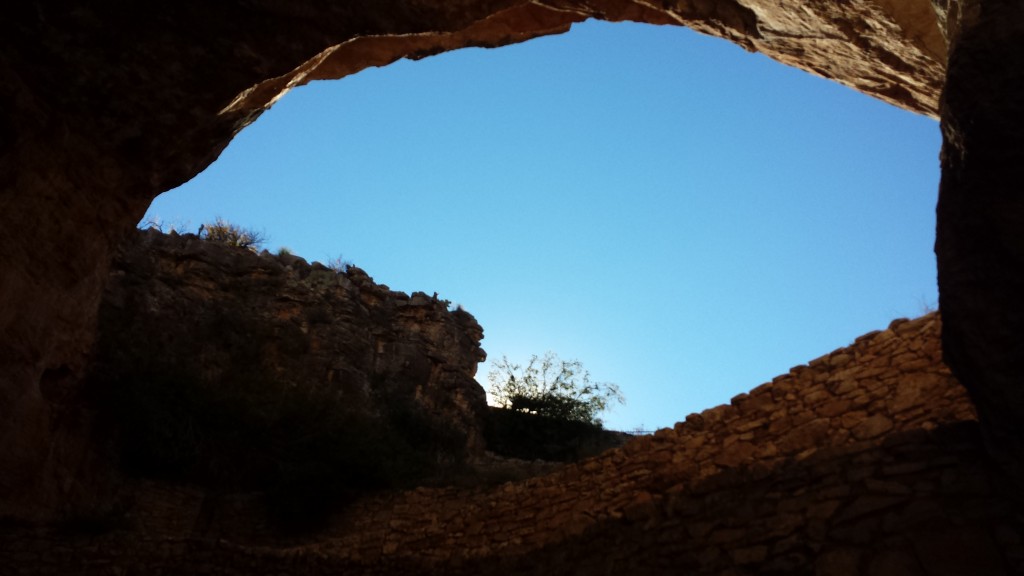 Looking out from the entrance to Carlsbad Caverns. 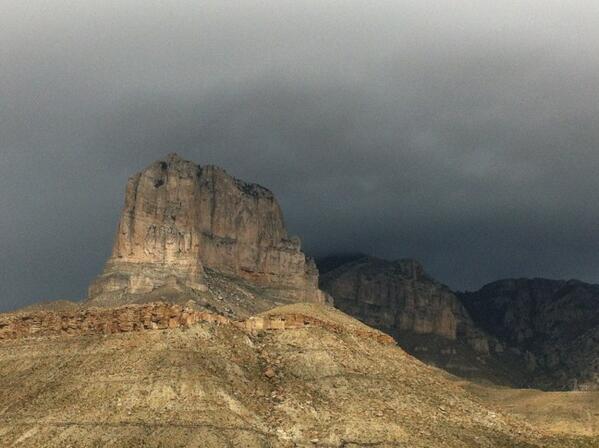 On the way to Carlsbad from El Paso, El Capitan looked imposing against a cloudy sky in the Guadalupe Mountains National Park. 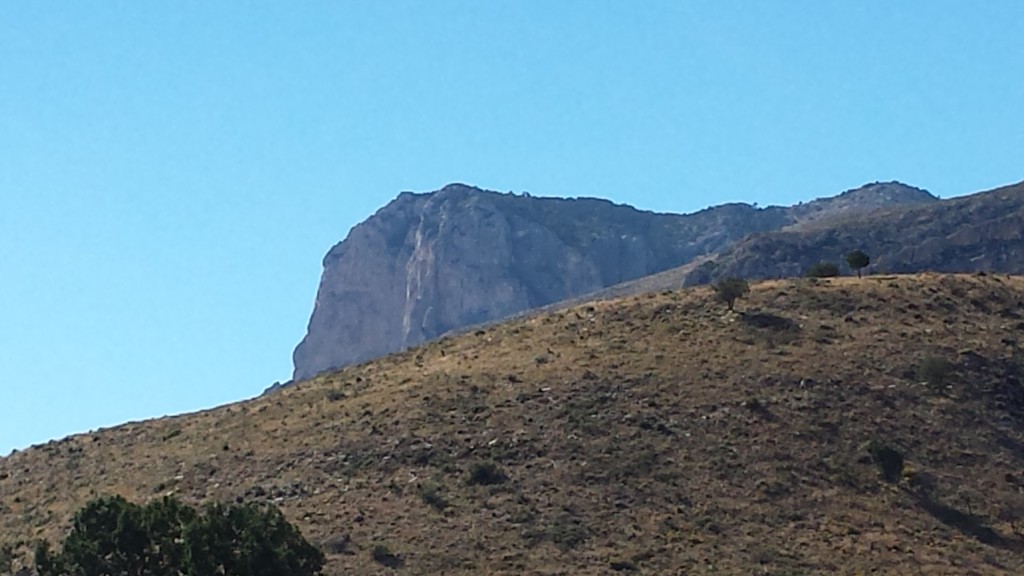 We caught El Capitan on a clear day after our visit to Carlsbad Caverns.

These are the caves I’ve explored (if you can “explore” from the tourist walkways:

2 thoughts on “My photos don’t do Carlsbad Caverns justice”