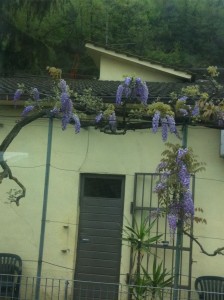 I wonder (hope?) if this town with the pretty lilacs might be my grandfather’s village.

Early this afternoon we boarded the train from Siena to Rome. I’ve been riveted by the Tuscan hills rolling by: Orchards, pastures, fields of artichokes, and vineyard after vineyard after vineyard. My maternal grandfather was born in this area of Italy. I tried to discover the name of the town where he was born, but that information seems to be lost. All I was ever told was that it was a small town not too far from Florence.

I wonder, as we pass the red roofs of one quaint hill town after another, if this might be ground he once walked. When he found himself in the gritty city of Bayonne, New Jersey, raising a family of six above the barbershop where he cut hair, did he ever regret leaving a calmer, simpler life? Did this beautiful, fertile land haunt his dreams, the way my Iowa farm haunts mine? He died long before I was ever born. How he felt, like the name of his hometown, is something I will never know.

At a jewelry store in Florence, a young man made conversation with me as my purchase was rung up. He asked me if I had any connection with Italy, and I told him my grandfather was born somewhere in Tuscany. He asked me for his last name. “Barone,” I said. He clasped his hands and rolled his eyes. “Barone! Such a good name, such a fine name.” Having no background information, I could only smile. “Signora, you have come home,” he told me. Not really, I thought.

But maybe, somewhere, a spirit lies a little quieter, a little more satisfied, that the scenery now passing before my eyes once passed before his.

Our train heads south, drawing closer to Rome, and Tuscany is drifting away from me. Maybe it will come back to me in my dreams. 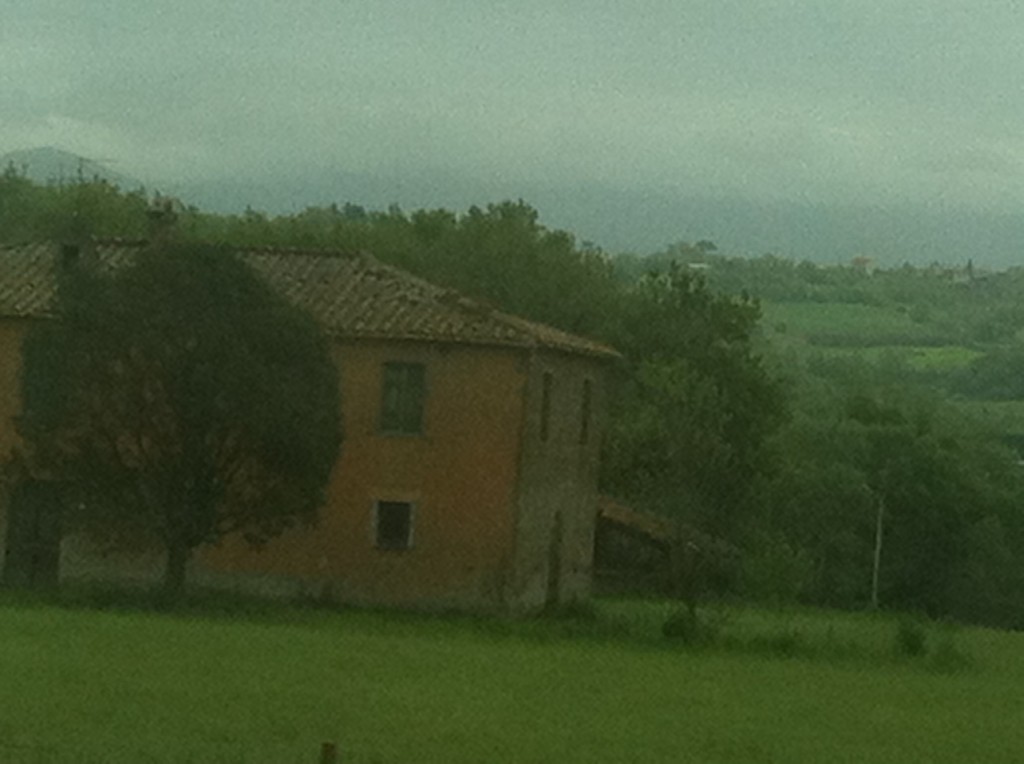 The verdant countryside of Tuscany