My Roman nose and I visited the Colosseum today. 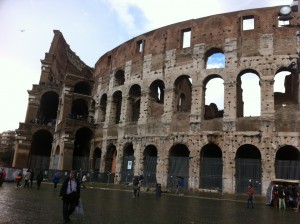 This one counts as a Major League stadium.

I’ve spent the past half-century working my way through Major League Baseball’s parks. I made it to my 27th big-league park last year (I still have nine to go, though, because I’ve been to two home parks of the Yankees and Nationals and four parks that I’ve been to have since been replaced).

Minor league parks don’t count (though I do count them; I’ve been to four). Neither do football stadiums (four pro, four college) or basketball arenas (one pro, seven college).

Corridors and pens underneath the Colosseum floor show where performing animals and people were held.

But Rome’s Colosseum counts. Even though they never played baseball, a stadium that’s still standing nearly two millennia after it was built is Major League.

On a day that started with a visit to the Sistine Chapel, the Colosseum was the highlight for me. No disrespect to Michelangelo; the chapel was marvelous, but I liked his David and Pietà better. And the chapel was crowded, nearly packed with people craning their necks, with guards noisily shushing people.

The Colosseum, less crowded thanks to a light rain, was an amazing and pleasant place to stroll through. It brought a mix of reactions. I wondered if any of the ballparks I’ve been to would still be standing in the 41st Century (I think four have already been torn down). I wondered if the symbols of American might and excess would someday be tourist attractions in a charming but insignificant country. I wondered if I’d have found the brutal sports of Roman times entertaining if I had grown up in that culture. I noted how similar the design was to many stadiums I’ve visited (though as we climbed the many stairs, I appreciated the development of circular ramps). I wondered if you could get a good dog and a beer while watching the gladiators battle.

I might have lingered longer to explore the arches (at least two were right outside the Colosseum) and other nearby Roman ruins. But pizza, bruschette and beer beckoned me from across town.

The Arch of Constantine 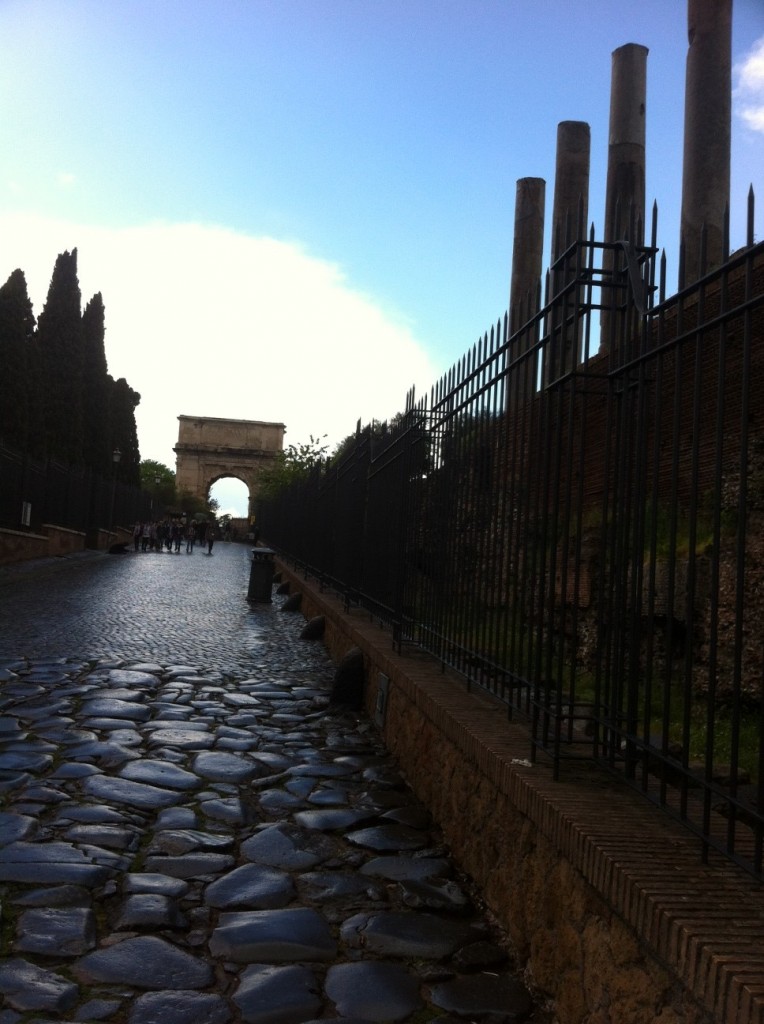 Rome has too many ancient structures and ruins to explore them all.